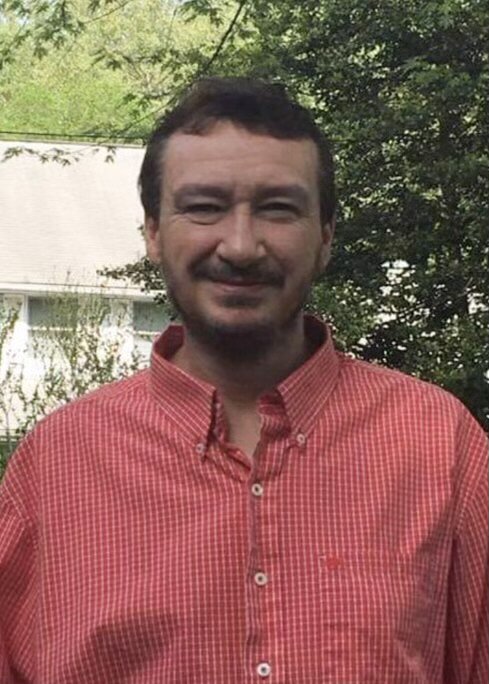 Please share a memory of Kenneth to include in a keepsake book for family and friends.
View Tribute Book

Kenneth Paul Gould, age 54, of Scott Depot, WV, died Tuesday, September 21, 2021, at the Hubbard Hospice House in Charleston, WV. He was born March 24, 1967, in Buckhannon, WV, a son of Terry N. Gould of Buckhannon and the late Donna Sue Fallon Gould. In addition to his mother, he was preceded in death by one brother, Kurt Marshall Gould and one uncle, Lawrence “Leo” Fallon. In addition to his father, he is survived by two sons, Kole Marshall and Wyatt Paul Gould both of Bridgeport, WV; one daughter, Madison Marie Gould of Scott Depot; one brother, Kevin Gould and wife Inez of Portage, MI; his former wife, Terri Mackinnon of Bridgeport; one aunt, Judy Wilson and husband Al of Atlanta, GA; one uncle, Robert Crumrine of Bridgeport, OH; cousins, Danny Gould and wife Diane of French Creek, WV and Ginger Iden and husband Bob of Nitro, WV; his lifelong friends, Todd and Stephanie Lane of Buckhannon and several nieces and nephews. Mr. Gould was a Supervisor for the WV Department of Health and a member of the Teays Valley Presbyterian Church. He loved spending time with his children. Mr. Gould was a former dirt track racecar driver and an avid Steelers fan and enjoyed watching the games. Friends will be received Saturday, September 25, 2021, from 6 PM to 9 PM at the Poling-St. Clair Funeral Home. A funeral service will be held 2 PM Sunday at the funeral home with Pastor Dave Riddle officiating. In lieu of flowers the family requests any contribution be made the the Hubbard House at www.hospicecarewv.org/make-donation. In honoring Mr. Gould’s wishes, he will be cremated after the funeral service. Online condolences may be made to the family at www.polingstclair.com. Poling-St. Clair Funeral Home is in charge of the arrangements.

Share Your Memory of
Kenneth
Upload Your Memory View All Memories
Be the first to upload a memory!
Share A Memory
Plant a Tree