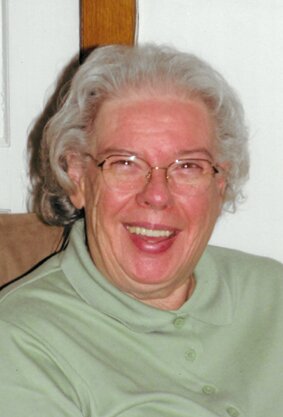 Mary Linda Wiles, age 82, of Buckhannon, WV, passed away at Mountain Memories in Elkins, WV on Wednesday, September 1, 2021. She was born On October 13, 1938 in Reading, PA, a daughter of the late Elsworth and Mary Ann Bohn Baker. On August 20, 1961, she married William “Bill” Wiles who survives. They recently celebrated their 60th wedding anniversary. Also surviving are one daughter, Teresa Wiles of Buckhannon; one son, Mike Wiles and wife Sharon of Pike Road, AL; four grandchildren, Tiffany Black and husband Justin, Danielle Wiles and companion Ryan Trowbridge, Derek and Tony Wiles and numerous great grandchildren; one nephew, Keith Baker and one niece, Diane Ellingsworth. In addition to her parents, she was preceded in death by one brother, Richard Baker. Mrs. Wiles worked at City Hall in Buckhannon and at Whitners Dept. Store in Reading, PA. She enjoyed many years as a homemaker. Mary authored and published a book, “Up On Location”, about the times of her husband’s family. Her hobbies included photography, cross-stitch, and other needlework. For many years she was a member of the Stonewall Jackson photo club and won numerous ribbons and awards for excellence in photography. Friends will be received Friday, September 3, 2021 from 2 PM to 4 PM at the Poling-St. Clair Funeral Home. A funeral service will be held 4 PM Friday at the funeral home with Pastor Paul Rebelo officiating. Burial will be held 10 AM on Saturday, September 4, 2021 at the Upper Fairview Cemetery in St. George, WV. Please be advised that masks will be required inside the funeral home. If you do not have a mask, one will be provided to you. Online condolences may be made to the family at www.polingstclair.com. Poling-St. Clair Funeral Home is in charge of the arrangements.