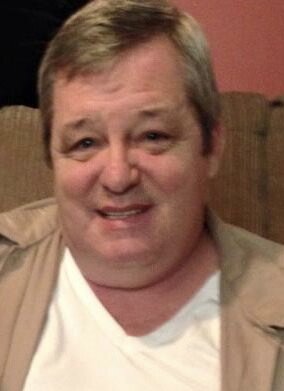 Please share a memory of Edward to include in a keepsake book for family and friends.
View Tribute Book

Edward Wodzinski, age 57, of Buckhannon, WV, died August 25, 2021, at St. Joseph’s Hospital in Buckhannon. He was born March 11, 1964, in Scranton, PA, a son of the late Eugene Earl and Yvonne Pearl Mealey Wodzinski-Lantz. In addition to his parents, he was preceded in death by two sisters, Regina Wodzinski-Labno and Marianne Lowman; four brothers, Alex Wodzinski, Anthony “Tony” Wodzinski, Johnny Mealey and Joseph Mealey and two brothers-in-law, Dan Lowman and Paul Farrabee. He is survived by one son, Brian Wodzinski and companion Savanna of Buckhannon; one daughter, Brittany Wodzinski and companion Emery of Weston; one grandson, Jakoby Cutlip of Weston, WV; one granddaughter, Macada Cutlip of Weston; three brothers, Peter James Wodzinski and wife Shari of Romines Mills, WV,  John David Wodzinski, Jr. and wife Beverly of Buckhannon and Eugene Lantz, Jr. of Clarksburg, WV; one brother-in-law, Leo Walter Labno, Jr. of Buckhannon; five sisters, Dorothy Hines and husband John of Quiet Dell, WV, Florence Farrbee and companion Rob Posey of Buckhannon, Helene Wodzinski of Buckhannon, Blair Kirkland of NH and Donna Lantz; two sisters-in-law, Angela and Paula Mealey; long-time friends Bill & Betty Hinkle of Buckhannon and several nieces and nephews. Mr. Wodzinski was a member of the Elks in Buckhannon and enjoyed camping in the summertime. He adored and loved spending time with his family, especially his grandkids – they were his pride and joy. Friends will be received Sunday, August 29, 2021, from 1PM to 2PM at the Poling-St. Clair Funeral Home. A funeral service will be held at 2PM at the funeral home with the Rev. J. Edward McDaniels officiating. Burial will follow in the Mt. Lebanon Cemetery in Buckhannon. Online condolences may be made to the family at www.polingstclair.com. Poling-St. Clair Funeral Home is in charge of the arrangements.

Share Your Memory of
Edward
Upload Your Memory View All Memories
Be the first to upload a memory!
Share A Memory
Plant a Tree