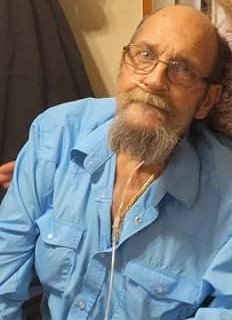 John Wesley “Big John” Robinson, III, age 64, of Tallmansville, WV, died Friday, August 6, 2021, at his home. He was born August 25, 1956, in Brunswick, MD, a son of the late John Wesley, Jr. and Dorothy Fairfax Robinson. He married Terry Himes who survives. In addition to his wife, he is survived by two sons, Ricky Robinson of TN and Michael Robinson of Hagerstown, MD; one step-son, Eddy Brandenburg of Williamsport, MD; two step-daughters, Jennifer Craighead and husband David of Brunswick, MD and Amber Moore and partner Tommy of Hedgesville, WV; four grandchildren, Gary, Jr., Ricky, Jr., Madalynn and Cameron; eight step-grandchildren, Madysen, Mason, Morgan, Makaya, Landon, Tessa, Isaiah and Zoe; two brothers, Patrick Keith Robinson and wife Sue of TN and Richard Robinson and wife Rose of FL; one sister, Kathy Robinson of TN; one sister-in-law, Donna Kay Himes of Martinsburg, WV; one brother-in-law, Lawrence (Skip) Himes and wife Dani of Hagerstown; nine nieces and nephews, 14 great nieces and nephews; special cousin, Lin Speaks of Lovettsville, VA; special friends and parents-in-law, Arlene & Hilton Himes of Willamsport, MD; special friends, Tom & Betty Davis of Buckhannon, WV; beloved dog Radar and several aunts, uncles and cousins. In addition to his parents, he was preceded in death by his son, Gary Wayne Robinson. Mr. Robinson served in the U. S. Marines and was an offshore well driller. He was a Baptist by faith. Big John was an amateur HAM radio operator who had many friends all around the world. He also enjoyed talking to people locally on his CB radio. He was an avid outdoors man who loved spending time and relaxing in his holler. Friends will be received Thursday, August 12, 2021, from 6 PM to 8 PM at the Poling-St. Clair Funeral Home. A funeral service will be held at the John T. Williams Funeral Home in Brunswick, MD at a later date. Burial will follow in the Mt. Olivet Cemetery in Lovettsville, VA. Online condolences may be made to the family at www.polingstclair.com. Poling-St. Clair Funeral Home is in charge of the arrangements.