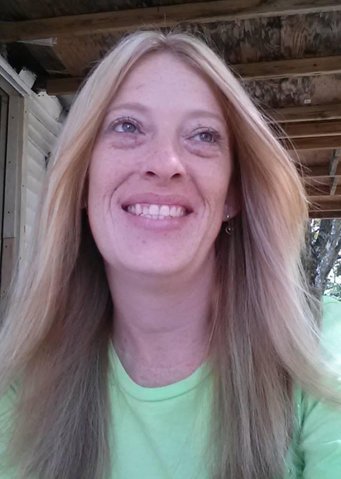 Christina “Chrissy” Marie Rowan, age 41, of French Creek, WV died Sunday, July 25, 2021, at her home. She was born November 2, 1979, in Buckhannon, WV, a daughter of Randy Davis and Susie Jane Simmons Lee of Buckhannon. Also surviving are one son, Russell Rowan of French Creek; two daughters, Meredith Rowan of Four States, WV and Cassandra “Casey’ Heflin and wife McKenna of Four States; two granddaughters, Paisley Poling and Addison Rowan both of Four States; three brothers, Andrew Lee, Daniel and Matthew Alderman all of Buckhannon; one sister, Jamie Lee of Adrian, WV; nephew, Danny Hedrick of Buckhannon; niece, Virginia Wyatt of Buckhannon and several special nieces and nephews. Chrissy was a homemaker and attended the Horizons Church in Buckhannon. She loved to crochet and cook. Chrissy was a member of a raffling group and would raffle off some of her blankets she made. She worked for Sam’s Pizza in Buckhannon for over 16 years. Friends will be received Monday, August 2, 2021, from 11 AM to 1 PM at the Poling-St. Clair Funeral Home. A funeral service will be held 1 PM at the funeral home with Pastor Dave Cunningham officiating. Burial will follow in the Simmons Church Cemetery. In lieu of flowers contributions may be made to the funeral home to help with funeral expenses. Online condolences may be made to the family at www.polingstclair.com. Poling-St. Clair Funeral Home is in charge of the arrangements.

Share Your Memory of
Christina
Upload Your Memory View All Memories
Be the first to upload a memory!
Share A Memory
Plant a Tree