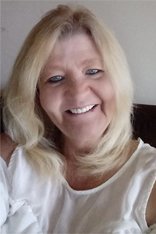 Obituary of Angelina A. Carpenter

Angelina A. “Apple” Carpenter, age 56, of Buckhannon, WV, died Saturday, July 17, 2021, at her home. She was born March 28, 1965, in Aliquippa, PA, a daughter of the late Harold and Betty Jo Morrison Sandy. On June 2, 1984, she married Freeman Carpenter who preceded her in death on March 12, 2019. In addition to her parents and husband, she was preceded in death by one brother, James Sandy and one sister, Linda Szuchy. Surviving are two daughters, Rindi Chidester and husband Stanley of Buckhannon and Rebecca Cade and husband Frederick of Belington, WV; four granddaughters, Cheyanna Carpenter and Austin Lane and Destiny Chidester all of Buckhannon, Elizabeth Alderman and Chelsea Cade both of Belington; three grandsons, Brayton Carpenter and Arin Mason, Daniel Alderman and Frederick Cade Jr. all of Belington; one great granddaughter on the way, Averlee Carpenter; one brother, Gary Sandy and wife Janet of Buckhannon; several nieces, nephews, brothers in law and sisters in law and her beloved dog Princess “Pookie”. Friends will be received Tuesday, July 20, 2021, from 11 AM to 1 PM at the Poling-St. Clair Funeral Home. A funeral service will be held 1 PM Tuesday at the funeral home with the Rev. Tim Lewis officiating. Burial will follow in the Mt. Olive Church Cemetery in Hemlock, WV. Online condolences may be made to the family at www.polingstclair.com. Poling-St. Clair Funeral Home is in charge of the arrangements.

Share Your Memory of
Angelina
Upload Your Memory View All Memories
Be the first to upload a memory!
Share A Memory
Plant a Tree