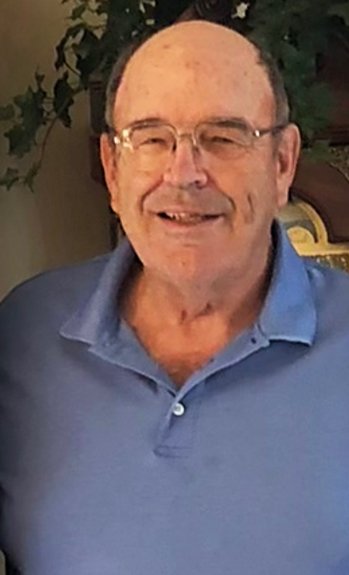 John Paul Goss, age 79, of Buckhannon, WV was finally reunited with the love of his life, Joyce Ann “Joy” Alderman Goss on Thursday, July 1, 2021. He was born September 26, 1941, in Upshur County, WV, a son of the late Vincent Lance and Katherine Anglin Goss. On April 21, 1963, he married Joyce Alderman who preceded him in death on February 21, 2013. In addition to his parents and wife, he was preceded in death by one son, Jeffrey Lynn Goss and one step grandson, Kevin Starnes. He is survived by one son, John Paul Goss II and wife Sandra of Hodgesville; one daughter, Jill Goss Poore of Buckhannon; one grandson, Chad Goss and Aimee Anderson of Inwood, WV; five granddaughters, Johnelle Goss and Kaden Wagoner of Tallmansville, WV, Shelby Starnes and fiancé Joshua Thomas of Buckhannon and Jordyn, Jesika and Jonaye Goss all of Hodgesville; two great grandsons, Anderson Goss of Inwood and Beau Wagoner of Buckhannon; one great granddaughter, Cora Goss; four step grandchildren, Erika Thornton and Jay and Lyndsey Trail and Andrew Poore; four step great grandchildren; one brother Edward Goss and Barbara Conner of Hall, WV; one sister, Sally Goss Hardman and husband James Miller of St. Simons Island, GA and numerous nieces and nephews. Mr. Goss was a coal miner and attended the Bethany Baptist Church in Hall. He enjoyed farming, going to the Donut Shop and visiting the Buckhannon Stockyard on Wednesdays. Mr. Goss raised Rabbit Beagles and was a member of the Beagle Club. Friends will be received Monday, July 05, 2021, from 5 to 9 PM at the Poling-St. Clair Funeral Home. A funeral service will be held 2 PM Tuesday at the funeral home with the Rev. Wease Day officiating. Burial will follow in the Bethany Baptist Cemetery in Hall. Online condolences may be made to the family at www.polingstclair.com. Poling-St. Clair Funeral Home is in charge of the arrangements.