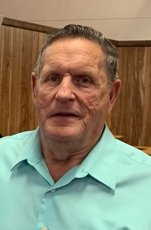 James “Jim” “Poppy” Knicely, age 78, of Buckhannon, WV, died Thursday, June 17, 2021, at the United Hospital Center in Bridgeport, WV.  He was born May 27, 1943, in Braxton County, WV, a son of the late Roy Reason and Martha Blankenship Kniceley. On January 24, 1964, he married Dorothy Knicely who preceded him in death on February 9, 2002. On May 21, 2004, he married his 2nd wife, Connie Rush who survives. Also surviving are two sons, Larry Knicely and significant other Carrie Mosser Rice of Fort Wayne, IN and Ricky Knicely and wife Stephanie of Jane Lew, WV; one daughter, Vicky Kelley and husband Tim of Buckhannon; two step daughters, Shelby Alderman and husband Douglas of Beckley, WV and Sara Riffle of Martinsburg, WV; three granddaughters, Kelly, Morgan and Payton Knicely all of Buckhannon; four grandsons, Cole Kelley of Buckhannon, Jason and Justin Knicely both of Buckhannon and Seth Knicely of Fort Wayne; one step granddaughter, Laiken Cooper of Buckhannon; three step grandsons, Tim Blake of Fairmont, WV and James “JD” Alderman and Benjamin “Ben” Alderman both of Beckley; two  step great-granddaughters, Bella and Olivia Cooper both of Buckhannon; two brothers, Ralph Kniceley of Buckhannon and Charles “Charlie” Kniceley of Jane Lew, WV; one sister, Mildred McCoy of Buckhannon; several nieces and nephews and his beloved cats, Midnight and Snowball. In addition to his parents and first wife, he was preceded in death by one son, Terry Knicely; two brothers, Olney Kniceley and Robert “Bob” Kniceley and six sisters, Pauline Mayes, Betty Williams, Elizabeth “Libby” Marsh, Mary Kniceley, Lillian Kniceley and Geraldine Bryant. Mr. Kincely was a Production Manager for Corhart Refractories. He was a member of the Buckhannon Union Mission Church. He was a past member of the Gideons and he loved spending time with his grandchildren, going to church and hunting and fishing. Friends will be received Monday, June 21, 2021, from 5-8 PM at the Poling-St. Clair Funeral Home. A funeral service will be held 11 AM Tuesday at the funeral home with the Rev. Dennis Estes and the Rev. Jerry Lee officiating. Burial will follow in the Heavner Cemetery in Buckhannon. The Family sends special thanks to the UHC Staff. Online condolences may be made to the family at www.polingstclair.com. Poling-St. Clair Funeral Home is in charge of the arrangements.

Share Your Memory of
Jim
Upload Your Memory View All Memories
Be the first to upload a memory!
Share A Memory
Plant a Tree