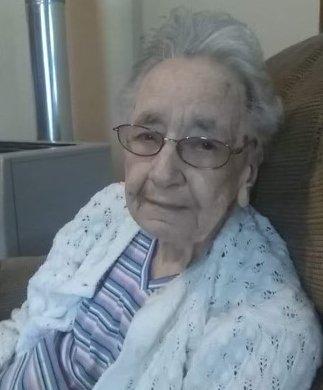 Mary Alice Ryan, age 92, of French Creek, WV, died Friday, January 22, 2021, at J. W. Ruby Memorial Hospital in Morgantown, WV. She was born October 18, 1928, in Lewis County, WV, a daughter of the late Sylvester Frank and Nina Shipman Skinner. In addition to her parents, she was preceded in death by her husband, Orval Mitchell Ryan who died on September 20, 1973; one son, Orval Michael Ryan and two sisters, Louise Crutchfield and Edna Maxwell. She s survived by one son, Frank Ryan and wife Debra of French Creek; three grandsons, Franklin Scott Ryan and wife Ruth and William Lee Ryan and wife Frankie all of French Creek and Mitchell Dyce Ryan and husband Mark of Seattle, WA; four granddaughters, Crystal Ryan and fiancé, Vincent Cochran of French Creek, Sherry Jo Ryan Hull and husband Michael of PA, Christine Dabrowski and husband Mark of Seattle and Annette Hall and husband James of NC; seven great-grandsons, Adam, Isaac, William, Levi, Cordell, Chad and Aaron; two great-granddaughters, Annelysse and Phelan; great-great-grandchildren, Remington, Miah and several others; one sister, Virginia Bennett of Mesa, AZ and one brother, Charles Skinner and wife Edna June of Mabie, WV. Mrs. Ryan was a Health Care Worker and a Methodist by faith. Friends will be received Thursday, January 28, 2021from 11 AM until 1 PM at the Poling-St. Clair Funeral Home. A funeral service will be held 1 PM Thursday at the funeral home with Pastor David Fisher officiating. Burial will follow in the Mt. Hermon Church Cemetery in Buckhannon. Online condolences may be made to the family at www.polingstclair.com. Poling-St. Clair Funeral Home is in charge of the arrangements.