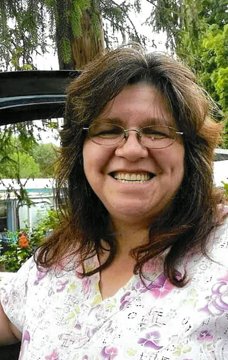 Lucy Darlene Small, age 56, of Buckhannon, WV, died Saturday, January 16, 2021 at J. W. Ruby Memorial Hospital in Morgantown, WV. She was born September 6, 1964, in Upshur County, WV, a daughter of the late William and Scottie Burrows Wilmoth. On April 16, 1983, she married James Small who survives of Buckhannon. Also surviving are three sons, James “Little Jimmy” Small, II, Daniel “Danny” Small and Travis Small all of Buckhannon; one grandson, Trevor Small of Buckhannon; one granddaughter, Mina Small of Buckhannon; one sister, Becky Wiant and husband Tommy of Buckhannon; three brothers, James Wilmoth and girlfriend, Leona Smith of Buckhannon, William Wilmoth and wife Sam of Weston, WV and Jason Wilmoth and girlfriend, Amanda Phillips of Buckhannon and several nieces and nephews. In addition to her parents, she was preceded in death by her mother-in-law, Waneta Small. Mrs. Small was a homemaker and a Christian by Faith. She loved her animals and enjoyed taking care of her garden and crafts. Her kids and especially her grand babies were her world. Friends will be received Friday, January 22, 2021 from 11 AM to 1 PM at the Poling-St. Clair Funeral Home. A funeral service will be held 1 PM at the funeral home with the Rev. Wease L. Day officiating. Burial will follow in the Upshur County Memorial Park in Tennerton, WV. Online condolences may be made to the family at www.polingstclair.com. Poling-St. Clair Funeral Home is in charge of the arrangements.

Share Your Memory of
Lucy
Upload Your Memory View All Memories
Be the first to upload a memory!
Share A Memory
Plant a Tree