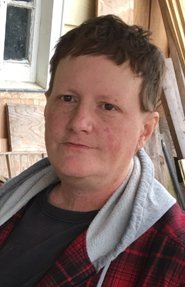 Shaun Kevin Jeffries, age 43, of Buckhannon, WV, died Friday, January 15, 2021, at the United Hospital Center in Bridgeport, WV.  He was born May 31, 1977, in Upshur County, WV, a son of Betty Jeffries Casto who survives of Buckhannon. In addition to his mother, he is survived by one sister, Traci Moul of Buckhannon; one uncle, Ron Jeffries and wife Tammy of Jane Lew, WV; three nieces, Ashley Rowan and Devonna Moul both of Buckhannon and Alicia Bree Moul of Brighton, England; one nephew, Daniel Dunlavy of Buckhannon; three great nieces, Kayli and Ceciley O’Connor and Isabella Dunlavy all of Buckhannon and two great nephews, Tristin O’Connor and Noah “Bug” Burr both of Buckhannon. Shaun was a truck driver and a Christian by Faith. He enjoyed taking his guns to the range and shooting. He was a musician and loved playing his guitar. His favorite animal was the opossum. In honoring Shaun’s wishes he will be cremated. Online condolences may be made to the family at www.polingstclair.com. Poling-St. Clair Funeral Home is in charge of the arrangements.

Share Your Memory of
Shaun
Upload Your Memory View All Memories
Be the first to upload a memory!
Share A Memory
Plant a Tree