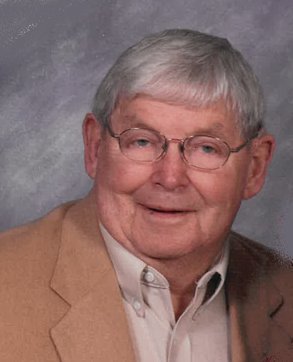 Frederick Eugene “Gene” Stump, age 89, of Buckhannon, WV, died Thursday, January 7, 2021, at J. W. Ruby Memorial Hospital in Morgantown, WV. He was born December 19, 1931 in Chapel, WV, a son of the late Telford and Manoka Greenleaf Stump. On November 14, 1953, he married Mary Ann Casella who survives of Buckhannon. Also surviving are two sons, Anthony “Tony” Stump and wife Martha of Marietta, OH and David Stump and wife Rachel of Ellamore, WV; one daughter, Deborah Stump of New Orleans, LA; five grandsons, Andrew Stump of Marietta, Joshua Stump and wife Amberly of Buckhannon, Nicholas Stump and wife Jenna of Morgantown, WV, Patrick and Cameron Stump both of Marietta; one granddaughter, Nina Stump of Morgantown; four great-grandsons, Kenton, Felix and Gannon Stump all of Buckhannon and Jacob Stump of Morgantown; one brother, Greg Stump and wife Fay of Hedgesville, WV; two sisters, Joyce Gregory and Patricia Hall both of Buckhannon; a daughter-in-law, Gail Stump of Braxton County, WV; step grandchildren, Mark and Natasha;  13 nieces and nephews Teddy, Jim, Jenni, Rob, Kara Jo, Teddy, Nicole, Greg, Tony David, Christopher, Bill and Matt;     brother-in-law, Peter J. Casella and wife Twila of Buckhannon and sister-in-law, Paula Burnett and husband Tom of Indiana, PA. In addition to his parents, he was preceded in death by two sons, Timothy Alan Stump and Thomas Michael Stump; two brothers, Robert Michael Stump and Ted Stump; step grandson, Patrick and a daughter-in-law, Charlene Stump. Mr. Stump served in the U.S. Coast Guard and was the Vice President of the Breckenridge Corporation in charge of field operations. He was a lifetime member of the Elks, a member of the Loyal Order of the Moose Lodge #598 and the V.F.W. He was also a member of the Holy Rosary Catholic Church. The family welcomes you to help them celebrate Gene’s life virtually by visiting and sharing your memories on their celebration of life Facebook page, https://www.facebook.com/Celebrating-Remembering-Gene-Stump-104067024985109. In lieu of flowers, donations may be made in his honor to the Myotonic Dystrophy Foundation, 663 13th Street, Ste 100, Oakland CA 94612 or the Upshur-Lewis Animal Shelter, in celebration of his dogs and cat Baxter, Stumpy and Shadow 318 Mud Lick Road Buckhannon, WV 26201. Poling-St. Clair Funeral Home is in charge of the arrangements.

Share Your Memory of
Frederick
Upload Your Memory View All Memories
Be the first to upload a memory!
Share A Memory
Plant a Tree