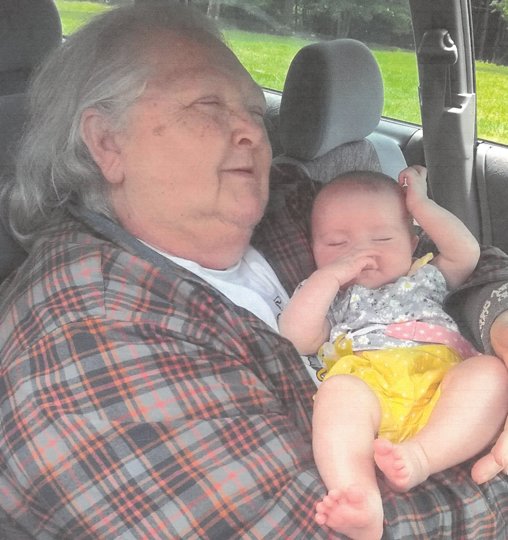 Lucy Mae Warner Streets Davis, age 68, of French Creek, WV, died Wednesday, January 6, 2021, at her home. She was born April 23, 1952, in Upshur County, WV, a daughter of the late William Lee and Veta Lotta Marie Nitz Warner. On October 24, 1986, she married her second husband, Ralph Davis who survives. Also surviving are four sons, Scott Davis, Kenny Davis and wife Leona, James Streets and Josh Davis and wife Danielle all of Upshur County; one daughter, Amanda Garver and husband Todd of Upshur County; thirteen grandchildren; one great-grandchild; two brothers, Robert Warner and wife Patty and Jimmy Warner all of Upshur County; three sisters, Betty Bolton, Wilma Spore and Mary Ann Landis and husband William all of Upshur County and her beloved dogs, Scrappy, Taz, Tippy and Lucy. In addition to her parents, she was preceded in death by her first husband, Dennis James Streets and one brother, Roger Lee Warner. Mrs. Davis was a Nurse’s Aid for the Senior Center. She was a Christian by Faith and she enjoyed flowers, gardening, and camping. In honoring Mrs. Davis wishes she will be cremated. Online condolences may be made to the family at www.polingstclair.com. Poling-St. Clair Funeral Home is in charge of the arrangements.

Share Your Memory of
Lucy
Upload Your Memory View All Memories
Be the first to upload a memory!
Share A Memory
Plant a Tree