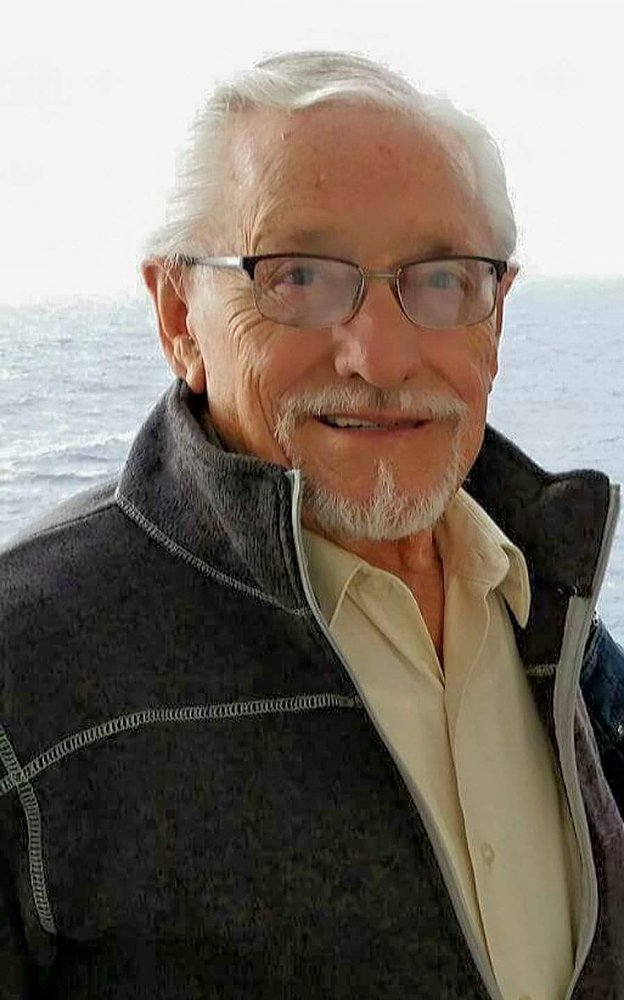 Rev. Dr. Lowell Harper Swisher was born on September 13, 1934 to William Eugene and Hattie Fisher Swisher in Sterling, Colorado.  When he was born Dr. Swisher weighed  2 pounds, 10 ounces; (one of a set of twins, his sister Jacklin died at birth) Because of the amount of people who came to see this marvel he was exposed and caught almost every disease imaginable.  As a result by the age of two he still only weighed 7 pounds. He was so small they had to put him in a shoebox so he could sit up for a photo.  He went to Grade School in Haxton, Colorado and High School in the neighboring town of Sterling. Although he called Loveland, Colorado home. He attended college at West Virginia Wesleyan College with a major in Religious Studies while serving a student appointment at 6 United Methodist Churches in the Buckhannon area   While at Wesleyan he met his wife to be Ms. Barbara Swecker.  Dr. Swisher attended Duke Divinity School and Northwestern University.  He served with future United Methodist Bishop Dr. John Wesley Lord as the Associate Pastor of the historic  Congress Heights UMC in Washington D.C.   He later served as the Senior Pastor of his own Congregations as a member of the Western North Carolina Conference and the New Mexico Annual Conference of the United Methodist Church   He also served on the Board of Discipleship of the Denomination. While pastoring in North Carolina in the 1960’s he was a pivotal force in integrating Churches and standing up for justice for African American Clergy and Lay persons.  On more than one occasion his life was threatened because of his work on behalf of the Civil Rights Movement.    Dr. Swisher was a guest co-author of two Church growth books with Keith Miller and a book based on his life entitled, “O Lord, Not Again!.’  This volume shares stories about bouncing back from several childhood illnesses such as polio and a broken neck giving hope on how to overcome challenges in life through faith in Jesus Christ.Dr Swisher was an avid fan of sports and particularly loved the Dallas Cowboys.  A paver honoring Dr. Swisher is located adjacent to the Coach Tom Landry statue at Cowboys Stadium. Dr. Swisher served for 27 years in the United States Air Force stationed in places such as Misawa, Japan, Korat, Thailand, Da Nang, Vietnam and the Panama Canal.  He is a Veteran of the Korean and Vietnam Wars. Dr. Swisher was awarded 33 military commendations including the Purple Heart, Distinguished Service Medal, the Defense Distinguished Service Medal and the Defense Meritorious Service Medal with 3 Oak Leaf Clusters, the Korean Defense Service Medal, the Vietnam Service Medal, the Republic of Korea War Service Medal and the Air Force Training Instructor Ribbon. Dr. Swisher is known for his quick wit, joyous personality and commitment to positive faith.  He was involved in numerous charitable causes and is a 32nd Degree Mason and member of the Scottish Rite. Dr. Swisher enjoyed extensive travel with Mrs. Swisher and his family across America and around the World visiting such exotic locations as Greece, Turkey, Italy, Iceland and multiple trips to both Alaska and the Hawaiian Islands.  He was preceded in death by his parents and one brother  (Richard) and sister (Colleen)  as well as his son Major Thomas W. Swisher.   He is survived by his wife Mrs. Barbara Swisher, daughter Connie Swisher Higgs and son Dr. Stephen Lowell Swisher as well as granddaughters Kaelyn Higgs Bagwell (Nathan), Danielle Higgs and Emily Swisher. A Celebration of Life Service will be held on Monday, November 23, 2020 at the Poling-St. Clair Funeral Home in Buckhannon, West Virginia at 1 pm, with a viewing Sunday (November 22) from 2:00 – 4:00 pm. Although a life-long United Methodist, Dr. Swisher supported multiple denominations and Christian charities.   With that mind, memorials may be made in His Memory to Wayside Southern Baptist Church, Brushy Fork Road, Buckhannon, WV.26201.or Mt Lebanon United Methodist Church, Mt Lebanon Road, Buckhannon, WV 26201.

Share Your Memory of
Rev. Dr. Lowell
Upload Your Memory View All Memories
Be the first to upload a memory!
Share A Memory
Plant a Tree