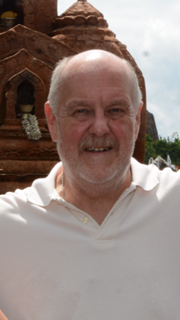 Michael Thomas O’Hare, age 71, of Tallmansville, WV went home to be with the Lord on Tuesday, November 10, 2020. He was born January 2, 1949, in Camden, NJ, a son of the late James J. and Lenora V. Furlong O’Hare. Michael is survived by his wife of 44 years, MaryAnn (McConney) O’Hare; three daughters, Leah (O’Hare) O’Neill and husband Richard of Elkins, WV, Laura (Molnar) Tedeschi of Nantucket, MA and Michelle O’Hare and husband Jesus Corona of Galloway, NJ; five grandsons, Richie, Michael and Aarron O’Neill all of Elkins and Cosmo and Nico Tedeschi both of Nantucket and three granddaughters, Maura O’Neill of Elkins and Mia and Iran Corona of Galloway. Michael spent his younger childhood years living in Laurel Springs, NJ before moving to Somers Point, NJ, where he lived raising his family until 1999.  After retirement he found his piece of Heaven on Earth in WV. Michael served in the U.S. Army and was a Vietnam Vet. He was also a retired Detective Sergeant of the Somers Point Police Department. Michael enjoyed being a part of his Somers Point Community where he had many friends. His greatest enjoyment was spending time with his family, especially his grandchildren. Michael will be fondly remembered and forever missed by his family and friends as a loving father, husband, grandfather, uncle, and friend. The family will be holding a private celebration of life at a later date. Online condolences may be made to the family at www.polingstclair.com. Poling-St. Clair Funeral Home is in charge of the arrangements.

Share Your Memory of
Michael
Upload Your Memory View All Memories
Be the first to upload a memory!
Share A Memory
Plant a Tree