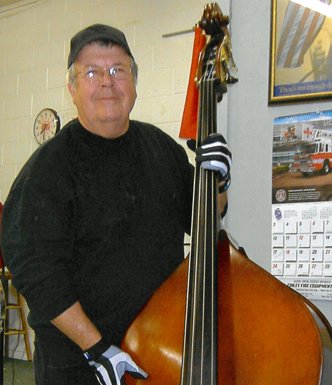 Earl Dee Edgell, age 79, of Buckhannon, WV, died Tuesday, November 17, 2020 at St. Joseph’s Hospital in Buckhannon. He was born March 24, 1941, in Upshur County, WV, a son of the late Verl Edgell and Launa Adams Edgell Reeder. On July 2, 1982, he married Martha Yokum who survives of Buckhannon. In addition to his wife, he is survived by one son, Jeff Edgell and wife Lora of Fairmont, WV; one grandson, Todd Edgell of Fairmont; one granddaughter, Martina Edgell of Fairmont; three brothers, Ray Edgell and wife Twila of Buckhannon, Les Edgell and wife Carol of VA and Johnny Edgell of Buckhannon and three sisters, Janet Stump of Buckhannon, Nina Lee Hartley and husband Tom of FL and Alicia Lutman of TX. In addition to his parents, he was preceded in death by one sister, Arah Maloney; stepfather, William Reeder and stepmother, Nina Edgell. Earl was a trouble shooter for Moore Business Forms and a Methodist by Faith. He loved to play music. Friends will be received Thursday, November 19, 2020 from 11 AM to 1 PM at the Poling-St. Clair Funeral Home. A funeral service will be held 1 PM Thursday at the funeral home with Pastor Holly J. Hoover officiating. Burial will follow in the Mt. Union Church Cemetery in Buckhannon. Online condolences may be made to the family at www.polingstclair.com. Poling-St. Clair Funeral Home is in charge of the arrangements.

Share Your Memory of
Earl
Upload Your Memory View All Memories
Be the first to upload a memory!
Share A Memory
Plant a Tree