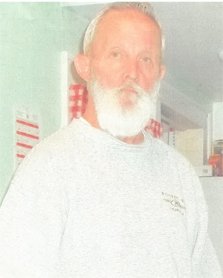 Robert Eldon Smith, age 74, of Buckhannon, WV, died Tuesday, November 10, 2020, at the Tygart Center in Fairmont, WV. He was born July 4, 1946, in Clarksburg, WV, a son of the late Ingram Smith, Jr., and June Louise Hewitt Smith. On June 8, 1974, he married Ruth Travis who survives of Buckhannon. In addition to his wife, he is survived by two sons, Robert E. Smith, II and wife Laura Mae of Fairmont and Jason Robert Smith of Buckhannon; one grandson, Robert Eldon Smith, III of Fairmont; one brother, Richard Smith of Point Pleasant, WV; one nephew, Bradford Smith of NC and one niece, Brandy Templeton of Ellamore, WV. In addition to his parents, he was preceded in death by his beloved dog, Lucy. Mr. Smith worked for the Department of Highways. He was a Methodist by Faith and he enjoyed hunting and fishing. Friends will be received Friday, November 13, 2020 from 1 PM to 2 PM at the Poling-St. Clair Funeral Home. A funeral service will be held 2 PM Friday at the funeral home with the Rev. Wease Day officiating. Burial will follow in the Heavner Cemetery in Buckhannon. Online condolences may be made to the family at www.polingstclair.com. Poling-St. Clair Funeral Home is in charge of the arrangements.