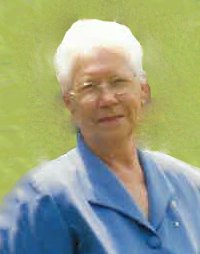 Obituary of Izola B. Marple

Izola B. Marple, age 89, of Hackers Creek, WV, died Tuesday, October 6, 2020, at her home. She was born March 19, 1931, in Barbour County, WV, a daughter of the late Ray and Ethel Jemima Cutright White. On December 15, 1948, she married Charles R. Marple who preceded her in death on April 3, 1997. In addition to her parents and husband she was preceded in death by one son, John Marple; two granddaughters, Rebecca and Cheryl Marple; one grandson, Steven Matthew Marple; one great grandson, Charles Marple; daughter-in-law, Tamra Marple; four sisters and four brothers. Surviving are five sons, Gary Marple, Richard Marple and wife Arveda, Charles Marple and wife Julia, Kenneth Marple and wife Charlene and Craig Marple and wife Sandy all of Hackers Creek; several grandchildren and great grandchildren; one brother Curtis White of Volga, WV; one sister Minetta Lewis of Lost Creek, WV and one daughter-in-law, Rhonda Helmick of Buckhannon, WV. Mrs. Marple was a homemaker and attended the Pleasant Valley UMC. She was a member of the Pringletree CEOS and the Upshur County Livestock Association. Friends will be received Saturday, October 10, 2020, from 5 to 8 PM at the Poling-St. Clair Funeral Home. A funeral service will be held 2 PM Sunday at the funeral home with the Rev. Rodney Heckert officiating. Burial will follow in the Friendship Cemetery in Jane Lew, WV. Online condolences may be made to the family at www.polingstclair.com. Poling-St. Clair Funeral Home is in charge of the arrangements.

Share Your Memory of
Izola
Upload Your Memory View All Memories
Be the first to upload a memory!
Share A Memory
Plant a Tree