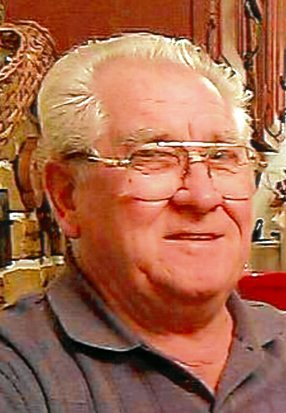 Clarence Bentley, age 80, of Buckhannon, WV, formerly of Pickens, WV, died Sunday, October 4, 2020, at his home. He was born May 27, 1940, in Floyd County, KY, a son of the late Jeff Pat and Dovey Mae Lyons Bentley. On November 14, 1998, he married Helen Kay Perrine who survives. Also surviving are two daughters, Thrayron Morgan and husband Russell of Helvetia, WV and Veronica Grant and husband Ron of Buckhannon; three step-daughters, Linda Williams and Beth Brown both of French Creek, WV and Lisa Williams of Buckhannon; 14 grandchildren; 14 great-grandchildren; one brother, Pat Bentley, Jr. and wife Doris “Jill” of Buckhannon; two sisters, Phyllis Andrews and husband Roger of SC and Linda Sue Brown of Buckhannon; several nieces and nephews and brothers & sisters-in-law, James, Mary, Joyce, Harold, David, Jacky, Billy and Donald Perrine. In addition to his parents he was preceded in death by eight sisters and brothers. Mr. Bentley was a Coal Miner and a Christian by Faith. He was also a member of the Moose Lodge #598 in Buckhannon. Friends will be received Thursday, October 8, 2020 from 12 (noon) to 3 PM at The Way of Holiness Church. A funeral service will be held Thursday at 3 PM at the church with Pastor Jerry Murrell officiating. Burial will follow in the Upshur County Memorial Park in Tennerton, WV. Online condolences may be made to the family at www.polingstclair.com. Poling-St. Clair Funeral Home is in charge of the arrangements.

Share Your Memory of
Clarence
Upload Your Memory View All Memories
Be the first to upload a memory!
Share A Memory
Plant a Tree