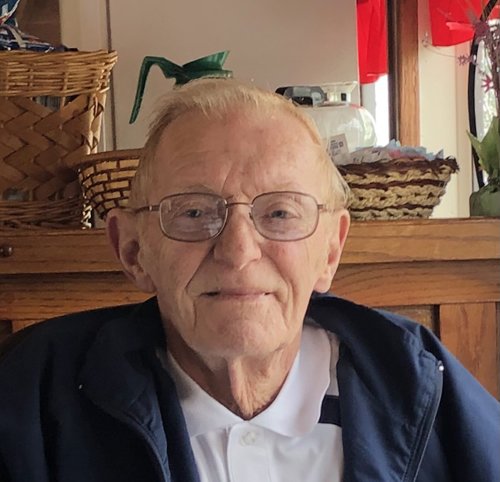 Lonnie Edward Wilfong, age 79, of Buckhannon, WV died Sunday, September 27, 2020, at St. Joseph’s Hospital in Buckhannon. He was born August 4, 1941, in Buckhannon, a son of the late Coleman Edward and Mary Lena Warner Wilfong. On June 3, 1960 he married Roberta Rae Kasten who preceded him in death on October 25, 2017. In addition to his parents and wife he was preceded in death by his infant son, Edward Ray Wilfong; son, Allen Lee Wilfong; one brother, Robert Wilfong and one sister, Ruth Hamilton. He is survived by three daughters, Sandy Hinzman and husband Dan of Buckhannon, Connie Clem of Buckhannon and Teresa Light and husband Steve of Jane Lew, WV; four grandsons, Cody Clem and wife Jennifer, Joshua Clem and wife Kenzie, Ethan Clem and wife Madison and Jacob Hinzman and wife Morgan all of Buckhannon; two granddaughters, Kelsey Hinzman of Buckhannon and Isabella Light of Jane Lew; two great-grandsons, Braxton and Jace Clem both of Buckhannon; two great-granddaughters, Brooklynn and Braelynn Clem both of Buckhannon; one brother, David Wilfong and wife Debbie of French Creek, WV; three sisters, Mary Ellen Miracle of FL, Helen Bennett of NC and Linda Jarrell and husband Joe of Charleston, WV; several nieces and nephews and his beloved dog Bear. Mr. Wilfong served in the U. S. Army and was a Press Supervisor for Moore Business Forms. He was a lifetime member of the Moose Lodge in Buckhannon and served as their Governor. He was also a volunteer fireman for the Buckhannon Fire Department for over 25 years. Lonnie loved hunting, fishing, football and above all, his grandkids. In honoring Mr. Wilfong’s wishes, he will be cremated. A private family graveside service with military honors will be held at a later date. A celebration of life will be held from 12 Noon to 3 PM on Saturday, October 10, 2020 at the Way of Holiness Fellowship Building for friends and family. Online condolences may be made to the family at www.polingstclair.com. Poling-St. Clair Funeral Home is in charge of the arrangements.

Share Your Memory of
Lonnie
Upload Your Memory View All Memories
Be the first to upload a memory!
Share A Memory
Plant a Tree