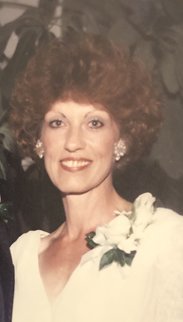 Marlene was born on February 5, 1944 in Sterling, KS, a daughter of the late Farley Hutchinson and Loeva Brittain Neff.

On March 27, 1969, she married Jim Harrison who survives. She is also survived by her four children: Lisa Trujillo and her husband Joe of Phoenix, AZ; Angela Wolverton and her fiancé Bill Clevenger of Buckhannon, WV; Jamey Harrison of Phoenix, AZ; and Rodney Harrison and his wife Alison of Ellisville, MS. Marlene was blessed with ten grandchildren and five great-grandchildren.

In addition to her parents, she was preceded in death by her brother Alvin.

Marlene enjoyed bowling, water skiing, and horseback riding. She and Jim were active members of the Upshur County Horseman’s Association and enjoyed hosting and participating in horse shows. She owned and operated Sweet Memories Ice Cream Parlor and Crafters Market in Tennerton, WV, and for many years she was a secretary for her husband’s oil and gas consulting company.

She was a devoted wife, mother, and grandmother. She will be greatly missed by all.

A private service will be held for the family. In lieu of flowers, contributions may be made to WV Hospice.

Online condolences may be made to the family at www.polingstclair.com. Poling-St. Clair Funeral Home is in charge of the arrangements.

Share Your Memory of
Marlene
Upload Your Memory View All Memories
Be the first to upload a memory!