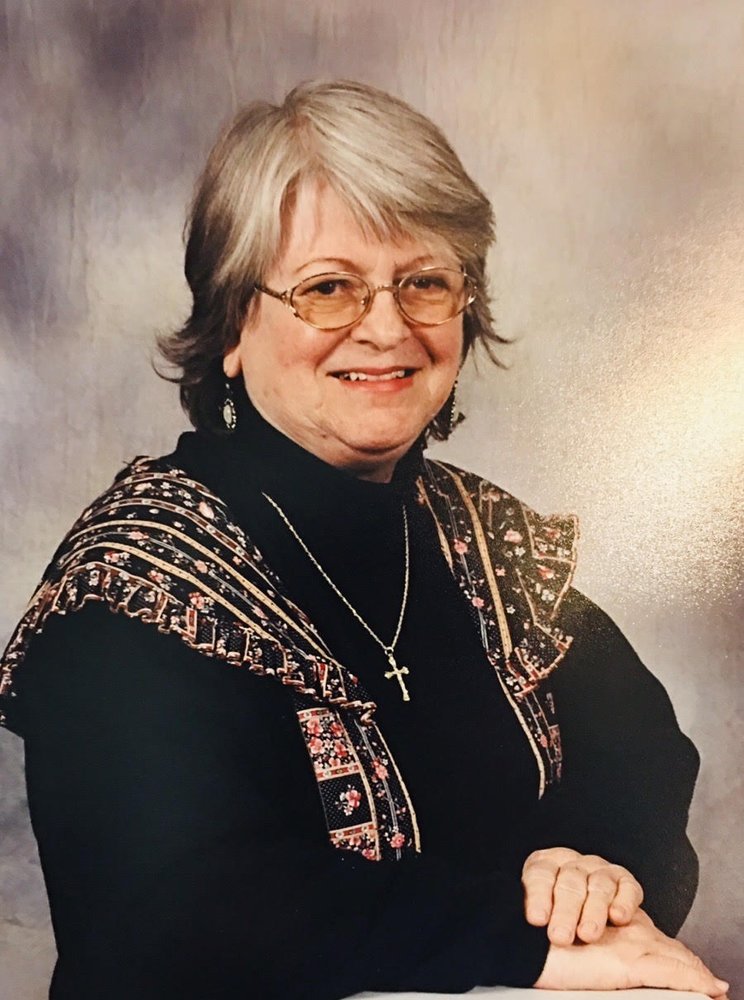 Cecelia “Sue” Snyder, age 78, of Buckhannon, WV left this earthly life July 21, 2020 at St. Joseph’s Hospital after declining health. Her soul is heaven bound where she’ll receive a new body with ears to hear and a voice to sing. “Sue” was born on April 9, 1942 in Philippi, WV. She was the daughter to the late Frederick Victor “Fred” and Lois Genevieve “Gen” Trahern. In the spring of 1961 she graduated from the Romney School for the Deaf & Blind. “Sue” also met the love of her life and soul mate, the late Merritt D. “Bud” Snyder, shortly after graduation. After a whirlwind courtship of six months he proposed to her on Christmas Day. They were married on April 21, 1962 and were blessed with 56 years of marriage and 2 children. Surviving “Sue” are her son, Johnny B. Snyder and wife Sonja of Buckhannon; daughter, Lois S. White and husband Greg of Buckhannon; five grandsons, Bryan A. Cox and wife Saleena, Johnny B. “Jay” Snyder II, Robert M. “Robby” Snyder, Trahern M. & Zachary D. White; two great-grandchildren, Logan P. and Sophia G. Cox; one brother, Jim Trahern and wife Kathy; two brothers-in-law, Rev. Junior B. Harris and wife Grace and Don Snyder and wife Jean; one sister-in-law, Mary Ruth Campbell and numerous nieces and nephews. Along with her husband and parents she was preceded in death by two brothers-in-law, Danny Snyder and Glen Campbell and one sister-in-law, Arlene Lantz. “Sue” loved being a housewife and loved her family and taking care of her grandsons. On August 16, 2009 “Sue” accepted Jesus Christ as her savior and was baptized in his name. Friends will be received Saturday, July 25th, from 2 to 3 PM at the Poling-St. Clair Funeral Home. A funeral service will be held at 3 PM with the Rev. Junior Harris officiating. Burial will follow in the Kesling Mill Cemetery on the Kesling Mill Road. In lieu of flowers contributions may be made to the funeral home to help with funeral expenses. Online condolences may be made to the family at www.polingstclair.com. Poling-St. Clair Funeral Home is in charge of the arrangements.

Contribute by sharing this page