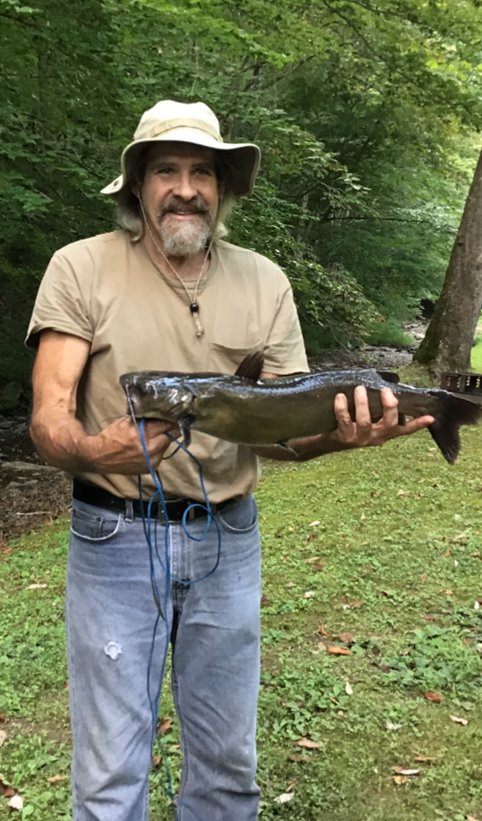 David Paul Hamner, Sr., age 63, of Buckhannon, WV, died Tuesday, September 17, 2019 at his home. He was born October 10, 1955, in Buckhannon, the son of the late Paul Hamner and Dora Louise Hamner. He is survived by one son, David Paul Hamner, Jr. and wife Bobbie of Buckhannon; three brothers, Matthew Hamner and wife Terry, Eddie Hamner and wife Kathy and Michael Hamner all of Buckhannon; two sisters, Patricia Cleavenger of Germantown, MD and Lisa Frame of Shinnston, WV; two cherished grandchildren, Gabriel and Adalyn Hamner and his former daughter-in-law, Rachel Hamner. David was a logger/truck driver by trade. He served in the U.S. Marine Corps. with four years of service where he traveled to Alaska and Italy during his time in the Military before being honorably discharged. Mr. Hamner spent his free time fishing, digging Ginseng and camping with his son and grandchildren. At the request of Mr. Hamner, he will be cremated. Friends and family will be received Saturday, September 28, 2019 from 1 to 3 PM at the Poling-St. Clair Funeral Home. A memorial service will be held 3 PM Saturday at the funeral home with Doug Spears officiating. The Upshur County Honor Guard will conduct Military Honors at the funeral home. Online condolences may be made to the family at www.polingstclair.com. Poling-St. Clair Funeral Home is in charge of the arrangements.

Share Your Memory of
David
Upload Your Memory View All Memories
Be the first to upload a memory!