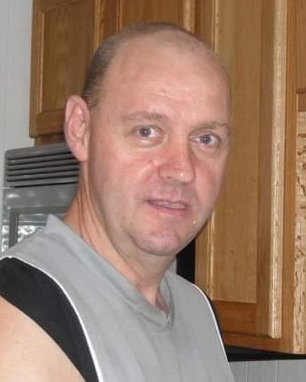 Minter Anderson, age 55, of Adrian, WV, passed away peacefully in his sleep Monday, September 16, 2019, at his home, leaving an unfillable void in the hearts of all those who knew him. He was born March 29, 1964, in Upshur County, WV, a son of the late Walter and Bessie Riley Anderson. In addition to his parents, he was preceded in death by a niece, Jeanette Anderson and a nephew, Thomas Sargent. He is survived by four sisters, Phyllis Sutherland and husband David of Adrian, Linda Meadows of Buckhannon, Thelma Jenista of Alton, WV and Abigail Stutzman and husband Robert of Lima, OH; six brothers, James Anderson and wife Wanda of Dille, WV, Henry Anderson of Williamsburg, VA, David Carl Anderson of Adrian, Danny Ray Anderson of St. Albans, WV, Donald Anderson of Gulf Port, MS and Richard Anderson and wife Deidra of Canada; five nieces, Judy Light and husband Willie of Buckhannon, Jennifer Tenney and husband Arthur of Crawford, WV, Joden Anderson of Hanover, PA, Tiffani Decker of TX and Beverly Jackson and husband Phillip of Buckhannon; six nephews, Jeremy Sutherland and wife Ashley of Alton, Joshua Sutherland and Walter Anderson both of Rock Cave, WV, James Wade Anderson and wife Emmy of Dille, Geoffrey Jenista of Wilmington, NC and Danny Anderson of Buckhannon and several great-nieces and nephews. Minter was the backbone of those closest to him, an avid gamer, outdoors man and a mentor to his peers and family. He will always be remembered for his words of wisdom and the good times he shared. Rest in peace, you’ll be missed dearly. Friends will be received Saturday, September 21, 2019 from 10 to 11 AM at the Poling-St. Clair Funeral Home. A Graveside Service will be held 12:30 PM Saturday at the Oak Grove Cemetery with the Rev. James Anderson officiating. Burial will be in the Oak Grove Cemetery in Kanawha Head, WV. A dinner will be served at the Alton Community Center following services. Everyone is welcome to attend. Online condolences may be made to the family at www.polingstclair.com. Poling-St. Clair Funeral Home is in charge of the arrangements.

Share Your Memory of
Minter
Upload Your Memory View All Memories
Be the first to upload a memory!