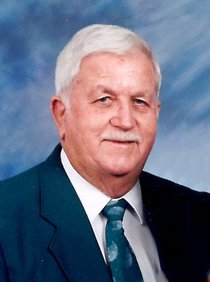 James Patrick Kane, age 95, of Buckhannon, WV, went to be with his Lord and Savior on Saturday, September 14, 2019. He was born October 1, 1923, in Garden City, NY, a son of the late Joseph and Margaret Quinn Kane. He married Doris “Dee” Jane Applegate Ritter on August 1978, who preceded him in death on May 3, 1987. Jim had fond memories of living in Anna Maria Island, FL with his wife, Dee, and visits from his step children, Tim Ritter of Gwynedd Valley, PA, Robin Ritter Rountree of Denver, CO, Pamela Ritter Patton of Gainesville, FL and Jennifer Ritter of Collegeville, PA; six step-grandchildren, Emery, Blair, Megan, Alissa, Juliana and Haley; four step-great-grandchildren, Caroline, Hadley, Hudson and Hazen. Papa Jim had a special place in his heart for his step granddaughter, Haley. On June 12, 1988, he married Mary Lou Newell Crosby who preceded him in death on April 24, 2017. Jim missed her dearly after 29 years of marriage. Jim began his active duty service with the United States Marine Corps. Reserve during WW II on November 25, 1942 and was honorably discharged on October 26, 1953. Jim retired from the United States Postal Service as a letter carrier and attended the First Baptist Church in Buckhannon. Jim’s request for cremation has been honored. A Celebration of Life will be held at the First Baptist Church in Buckhannon on October 5, 2019, with Pastor Jay Teodoro officiating. Visitation will be 10 to 11 AM with the Memorial Service beginning at 11 AM to Noon with a luncheon following. In lieu of flowers, please make a donation to the charity of your choice in honor of James Patrick Kane. We would like to thank Pastor Jay, his church family and close friends. We would also, like to thank the staff at Nella’s Nursing Home in Elkins, WV for the love and care they gave to Jim. Online condolences may be made to the family at www.polingstclair.com. Poling-St. Clair Funeral Home is in charge of the arrangements.

Share Your Memory of
James
Upload Your Memory View All Memories
Be the first to upload a memory!