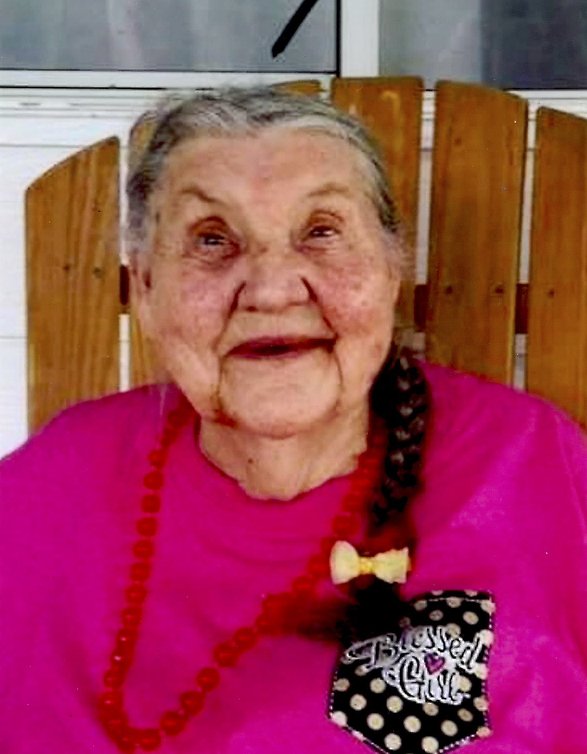 Dessie Lorene Tenney, age 89, of Tallmansville, WV, died Saturday, September 7, 2019, at John Manchin Sr Health Care Center in Fairmont, WV. She was born July 18, 1930, in Upshur County the daughter of the late Enos Ross and Bertha Elenore Sipe. On December 24, 1948, she married Wesley Junior Tenney who preceded her in death. In addition to her parents and husband, she was preceded in death by two sons, Gwen Edward and Edward William Tenney; one great-grandson, Elijah Nicholas Wyatt Linger; one son-in-law, Gary Linger; five brothers, Carl, Oval, Hartzel, Winford Creed and Milford Paul Sipe; two sisters, Eula Mae Tuttle and Dora Mae DeMoss and a special niece, Naomi Davis. She is survived by, four sons, Junior Donald Tenney and wife JoAnn and John Wesley Tenney all of Buckhannon, WV, Samuel Wade Tenney and wife Dorene of Conway, SC and Donald Wayne Tenney and wife Rebecca of Tallmansville; three daughters, Hilda Jane Tenney and husband Roger of Dayton, TX and Rozetta H. Linger and Trisha Phillips and husband Robert all of Buckhannon; 20 grandchildren; several great-grandchildren; one daughter-in-law, Judy Tenney of Ten Mile, WV; four special nieces, Judy Redding, Dottie Gilbert and Anita Madison all of NC and Patricia Landis of Buckhannon and a special singing buddy Jack Harris of Buckhannon. The family would like to extend a special thank you to Dessie's daughter-in-law, Rebecca Tenney who was more like a daughter, and her family for being such wonderful caregivers. Mrs. Tenney was a homemaker and attended the Ten Mile Baptist Church. She was a wonderful cook and everyone’s favorite biscuit maker. Dessie loved to make quilts, sew, can and garden. Friends will be received Thursday, September 12, 2019 from 6 to 8 PM at the Poling-St. Clair Funeral Home. A funeral service will be held Friday at 1 PM at the Ten Mile Baptist Church with the Rev. Tim Lewis officiating. Burial will follow in the Ten Mile Baptist Church Cemetery. Online condolences may be made to the family at www.polingstclair.com. Poling-St. Clair Funeral Home is in charge of the arrangements.

Share Your Memory of
Dessie
Upload Your Memory View All Memories
Be the first to upload a memory!