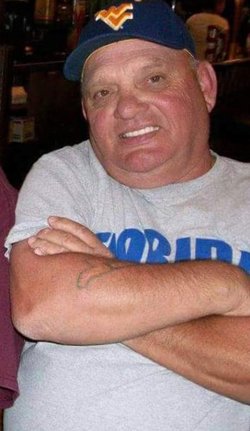 Danny Wayne Lantz was born December 10, 1945, in Buckhannon, WV. He was the son of the late Carl Denver and Imogene Lantz. On the evening of April 24, 2019, in his home in Fort Lauderdale, FL, he went to be with his Lord and Savior. He is survived by his wife of 54 years, Nancy Stalnaker Lantz and two sons, Ryan Todd Lantz of Fort Lauderdale and Brian Keith Lantz of Buckhannon. At the time of his death, Danny was also survived by Sue Stone (Lindon) of Buckhannon, Clyde Lantz (Sharon Kay) of Buckhannon, Leonard Lantz (Rose) of Hackers Creek, WV and Starlene Kaye Howes (Wayne) of Clarksville, TN. On August 5, 2019 his sister, Starlene joined her brother. A graduate of Buckhannon -Upshur High School and Glenville State College, Danny was a football player, wrestler and baseball letterman. He earned his Master’s Degree from West Virginia University. He was a true Mountaineer. Danny retired in December 1996 from Upshur County Schools. He worked as a longtime teacher, coach and athletic trainer at Buckhannon-Upshur High School. Danny volunteered as an American Legion Baseball Coach. He was a Charter Member of Upshur County Emergency Medical Services and served as a board member, EMT and driver. In addition, he taught EMT classes for the State of WV. Within his years in Upshur County, Danny served on the Board of Directors and Grand Feature Parade Director for the West Virginia Strawberry Festival. He was active in the Buckhannon Jaycees. A sportsman by nature, Danny enjoyed camping, hunting and fishing in West Virginia and Canada. In Florida, Danny was an archery boar hunter. He was a State Archery Champion in both West Virginia and Florida. Besides his deep love for his family, he adored all children and grieved when a child was hurt. A Celebration of Life will be held at the South Buckhannon Mission Church with Pastor Eddie Lowther officiating on Sunday, September 15, 2019. The Gathering will begin at 2 PM and the Service will follow at 3 PM. In lieu of flowers, contributions can be made to South Buckhannon Mission Church or St. Jude’s Hospital for medical care of children.

Share Your Memory of
Danny
Upload Your Memory View All Memories
Be the first to upload a memory!