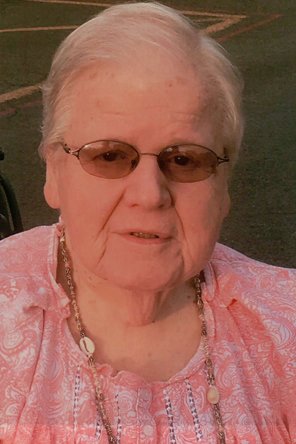 Naomi “Evelyn” Osburn McIntyre, age 87, of Buckhannon, WV, passed away August 7, 2019 at Holbrook’s Nursing Home in Buckhannon. She was born November 7, 1931, the daughter of the late Ellet and Lillie Belle Lamb Osburn. On June 9, 1979, she married Jimmy McIntyre who preceded her in death on April 20, 2003. She was the last of her immediate family and was preceded in death by six brothers, Ellet Jack, Richard, John, Frances, Henry and French and one sister, Sarah Miller. She had no children; however, she was survived by several nieces and nephews and special friends, Debbie and Tom Kelley and Peach Gibson. She had two fur babies, Pudge and Lucie, she loved dearly. Evelyn had an encyclopedic memory of family history. She loved to feed the birds and was a lifetime member of the Mt. Union Church. She missed her sisters-in-law Betty Osburn who passed away and Imelda who moved away. Evelyn will be missed by those who loved her. Evelyn donated her body to science and a graveside service at Mt. Union Church Cemetery will be held at a later date. Online condolences may be made to the family at www.polingstclair.com.

Share Your Memory of
Naomi
Upload Your Memory View All Memories
Be the first to upload a memory!