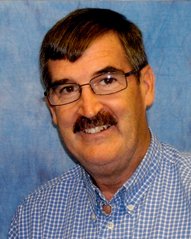 Melvin Wayne Hosaflook, age 65, of French Creek, WV, died Thursday, July 25, 2019, at his home. He was born January 7, 1954, a son of the late Warren “Brownie” and Madeline Reger Hosaflook. On August 8, 1980, he married Sharon Coughlin who survives. Also surviving are two sons, Stephen Hosaflook and wife Gillian of Irvine, CA and Cody Hosaflook of Buckhannon, WV; one daughter, Carmela McHenry and husband Dusty of French Creek; six grandsons, Keegan and Track McHenry both of French Creek, Warner and William Hosaflook both of Irvine and Blake and Brody Hosaflook both of Hurricane, WV; two granddaughters, Kaylin Walton and Carly McHenry both of French Creek; one brother, Danny Hosaflook and wife Jewell of Ocala, FL; one nephew, Vince Hosaflook of Jacksonville, FL; one niece, Gina Hosaflook of Gainesville, FL and special friends, Howard Feola, Doug Johnston and Lowell Bennett. In addition to his parents he was preceded in death by an infant brother, Phillip Hosaflook. Mr. Hosaflook spent 41 years as a printer for Ralston Press. In addition to being a printer, he was also an interior painter. Melvin attended Christian Fellowship Church and was a member of the Kiwanis Club and the Buckhannon Jaycees. He enjoyed spending time at his camp and was an avid hunter. More than anything, he loved spending time with his grandchildren.. The family would like to extend a special thank you to WV Hospice, Nurses and Aids, Dr. Cupp and special thanks to Jack and Vanessa. Friends will be received Tuesday, July 30, 2019 from 4 to 8 PM at the Christian Fellowship Church. A funeral service will be held Wednesday at 11 AM at the Church with the Rev. J. Edward McDaniels officiating. Burial will follow in the Pleasant Dale Church Cemetery in Selbyville, WV. Online condolences may be made to the family at www.polingstclair.com. Poling-St. Clair Funeral Home is in charge of the arrangements.

Share Your Memory of
Melvin
Upload Your Memory View All Memories
Be the first to upload a memory!