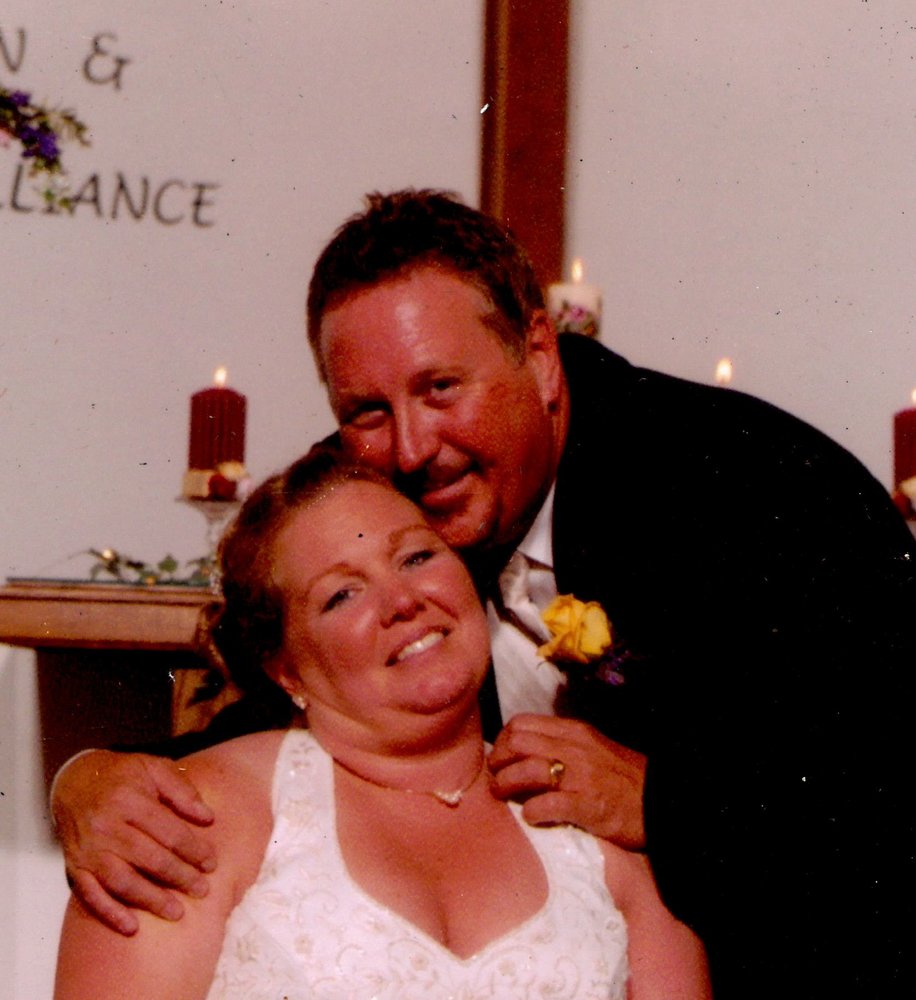 Dedorah “Dee” Heater-Tomblyn, age 53 of Buckhannon, WV passed away Wednesday, June 5, 2019 at the United Hospital Center in Bridgeport, WV. She was born October 18, 1965 in Buckhannon, a daughter of the late Charles Vernon and Helen Jean Hinkle Heater. The family moved to Cleveland, OH and lived at Brook Park and she graduated from the Midpark High School in 1984; and from the Miami University of Ohio in 1988. Dee returned to Buckhannon in 2004, where she met her future husband on a blind date in December, 2004. Surviving are her husband, Bruce N. Tomblyn of Buckhannon, whom she married on August 31, 2007; brother, Charles Brent Heater and wife Joyce of Grafton, OH; nephew, Charles “Chuck” Brent Heater, II of Grafton, OH; niece, Crystal Ann Ksiazk and husband Dan of Amherst, OH; two great nephews, Jacob and Clayton Ksiazk; three step sons, Jonas and Lisa and their son Dominic, Erik and husband Donovan and Noah, Her beloved Swissy, Bernie and Beagle, Betsy Ross and her cats. All are rescue pets. She was an avid WVU and Pittsburgh fan. Dee loved her flowers, plants, wildlife and gardening. She was a master gardener and belonged to these organizations; the Fred Brook’s Garden Club: Past President and Past Second Vice-President, the Tygart Valley District of WVGCI: Past Secretary and Past Assistant Director and she was a Life Member of the West Virginia Garden Club Inc.: Past Wild Yards Chairman, Past Bee A Wildlife Action Hero Chairman and Convention Chairman in 2016. During Dee’s career she had worked at the Cleveland Clinic for 10 years and as the Senior Cost Analyst for American Axle and Manufacturing in Detroit, Michigan, from 1997 to 2001. Dee and her mother, Helen owned the Sir Charles Inn Bed and Breakfast and Restaurant in Buckhannon from 2004 to 2013. Friends will be received Sunday, June 9, 2019 from 5-8 PM at the Poling-St. Clair Funeral Home. A funeral service will be held at 11:00 Monday, June 10, 2019 at the funeral home with the Rev. Wease L. Day and Rev. Gary Hollen officiating. Bruce is honoring Dee’s request for cremation and she will be interned privately next to her parents in the Pine Grove Cemetery in Czar, WV. In lieu of flowers, contribution may be made to the Cancer Society and to your favorite Animal Shelter. Online condolences may be made to the family at www.polingstclair.com. Poling-St. Clair Funeral Home is in charge of arrangements.

Share Your Memory of
Dedorah
Upload Your Memory View All Memories
Be the first to upload a memory!