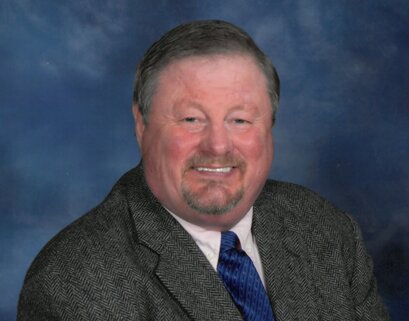 Dr. Kenneth “Kenny” Robinson, DC, age 65, of Buckhannon, WV, died Friday, September 17, 2021, at his home. He was born December 21, 1955, in Upshur County, WV, a son of the late Maynard and Elizabeth Westfall Robinson. On September 5, 1981 he married Carolyn Cutright Robinson who survives. In addition to his wife, he is survived by one son, Kenneth Paul Robinson, II and wife Jennifer of De  Moines, IA; two bonus sons, Harry “Duke” Brown of Morgantown, WV and Kenneth “Doug” Brown and wife CJ of Teays Valley, WV; two grandsons, Kenneth Paul Robinson, III of De Moines and Jaret Keith Brown of Teays Valley; two brothers, Gary Robinson and wife Barbara of Buckhannon and Larry Robinson and wife Nancy of Akron, OH; two brothers in law, Bud Cutright and wife Patty and Paul Cutright and wife Kathy all of Buckhannon; two sisters in law, Charlotte Davidson and husband Kenny of Buckhannon and Lois Cutright all of Buckhannon and numerous nieces and nephews. In addition to his parents, he was preceded in death by one sister, Laura “Twana” Fowler and one brother-in-law, Don Cutright. Mr. Robinson was the Owner and Operator of Robinson Family Chiropractic. He was a member of the Chapel Hill United Methodist Church and was very active in their programs and missions. He loved his motorcycles and enjoyed going to Sturgess. Kenny was an avid outdoorsman that loved hunting. He was a member of the NRA and the local Elks. Friends will be received Friday, September 24, 2021 from 11 AM until 1 PM at the Poling-St. Clair Funeral Home. A funeral service will be held 1 PM at the funeral home with Pastor Paul Rebelo officiating. Burial will follow in the Hampton Cemetery in Hampton, WV. In lieu of flowers, contributions may be made to the funeral home to help with funeral expenses.  Online condolences may be made to the family at www.polingstclair.com. Poling-St. Clair Funeral Home.

Share Your Memory of
Dr. Kenneth
Upload Your Memory View All Memories
Be the first to upload a memory!
Share A Memory
Plant a Tree