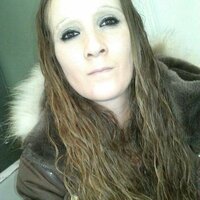 Joanna Jean Hunt, age 42, of Buckhannon, WV, died Monday, November 15, 2021, in Buckhannon. She was born September 20, 1979, in Buckhannon, a daughter of Kennith Kelley of Buckhannon and Donna Miller DeMastes of Buckhannon. In addition to her parents, she is survived by one daughter, Alexxis Harris and companion Donnie DeBarr of Buckhannon; one granddaughter, Zailynn DeBarr of Buckhannon; several siblings and several nieces and nephews. She was preceded in death by her adopted father, Melvin Hunt. Joanna worked for ResCare and was a Christian by faith. She was a great mother, grandmother, sister, and friend. She never met a stranger and was always positive, outgoing, and happy in life. In honoring Joanna’s wishes she will be cremated. In lieu of flowers contributions may be made to the funeral home to help with funeral expenses. A memorial service will be held at a later date. Online condolences may be made to the family at www.polingstclair.com. Poling-St. Clair Funeral Home is in charge of the arrangements.