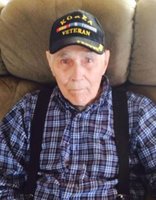 Roy Edward Sipe Sr passed away peacefully at home on Thursday June3, 2021 with his family by his side and under the care of WVU Hospice.  Roy was born on March 6, 1938 in Imperial WV, a son of the late Orval Delbert and Icy Bell Tenney Sipe.  On November 13, 1965 he married the love of his life, Lillian Marie Mitchell Sipe, who survives.  In addition to his parents, he was proceeded in death by his In-Laws, one brother and 4 sisters. Along with his loving wife, he is survived by 2 daughters.  Becky Boley and husband Larry of Parkersburg WV and Cathy Johnston and husband Mike of Rock Cave WV.  One son, Roy Edward Sipe Jr and companion Candice Mueller of Buckhannon.  3 Granddaughters, Heather Lott and husband Jeremy and Autumn Boley all of Parkersburg WV and Rayven Sipe of Buckhannon.  3 grandsons, Danny Dixon and wife Katie of New Martinsville WV, Shane Perry and wife Kaitlynn of Savanna GA and Trent Sipe of Buckhannon.  2 great-granddaughters Vada and Vila Lott of Parkersburg and 1 brother and 3 sisters. Roy was a retired truck driver who proudly served in the US Army where he spent over 18 months in Korea.  In his early years, he enjoyed fishing, hunting and camping.  All of which he taught each of his children and grandchildren.  In his later years, those same animals that he used to hunt, became his “babies” as he referred to them.  He loved to feed them and watch them playing in the yard. Roy believed in living a simple and modest life.  He found pleasure in the little things and made sure his children and grandchildren knew that the most precious things in life were the time spent with those that you love and the memories you make with them.  In honoring his legacy of a simple life, the family has chosen to hold a private graveside service. The Upshur County Honor Guard will do Military Honors.  The family would like to give a special thank you to his Hospice nurses, Adam and Megan.  Your kindness and compassion have been simply amazing and so greatly appreciated. Online condolences may be made to the family at www.polingstclair.com. Poling-St. Clair Funeral Home is in charge of the arrangements.